Who says hospitals can’t be fun! Look at these two, thriving, by my side. We can’t thank our parents and families enough for helping with Bentley while we’ve gotten through this long week. I thank God that Beni has her daddy’s personality and she has done so well going with the flow and being mommy’s little smily trooper. 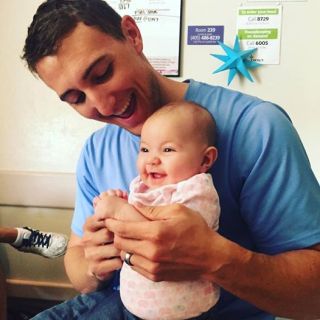 to update everyone out of respect but do so with an extremely heavy heart, not because I am feeling defeated but because I feel like I (should be)better called to be serving and praying for all of you than to be at this awkward receiving end right now. This week’s diagnosis has been overwhelming but this week’s realizations that prayer and relationships matter, and Light WILL trample darkness no matter what is so much more overwhelming in the best ways possible.. I wish nothing more than to look each prayer warrior and friend in the eye and say thank you. The messages from near and far mean so very much to me and my family.

The great news is that doctors were able to biopsy my liver rather than my brain and had a successful and quick(ish) time with pathology. They confirmed I do not have an infection like we hoped but rather a staged IV cancer called adenocarcinoma, which is glandular. It apparently started in one spot in my lung and has spread to the previously mentioned areas: liver, ribs, iliac hip (where I have so much pain), up my spine, and into my brain. There are many masses but we go into this knowing it’s not a common diagnosis for a 26 year old female. Good news is Our God is also not common and can work miracl 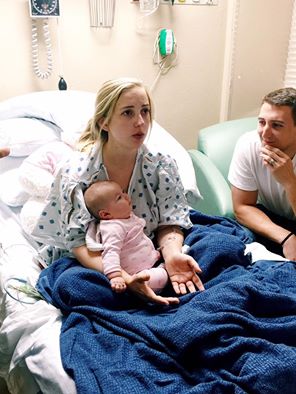 …We have gotten a first opinion on immediate treatment plans and will be meeting another doctor and team tomorrow at OKC’s Stephenson Cancer Center. Second and third opinions are important to us at this point but we also understand the severit
y of beginning this next season of fighting with medical intervention soon, by end of weekend.
I ask for continued prayers. Pastor @craiggroeschel just reminded us (in different but always relevant content) that praying doesn’t always change the situation but it ALWAYS changes us. I love you all for your faithfulness and willingness to consider Jesus. Our Healer.